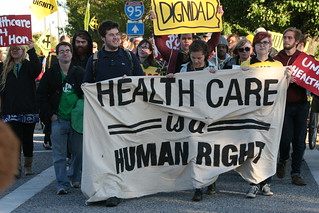 In a letter published in the American Journal of Public Health, 2,000 physicians expressed their support for Sen. Sanders’ proposal to provide comprehensive government-sponsored health care to the entire nation, while simultaneously echoing Sanders’ criticisms of the Affordable Care Act for failing to provide affordable health insurance to millions of Americans.

The Washington Post reports that the doctors’ proposal for a Medicare-for-all health care system echoes Senator Sanders’ health care proposal, and that it would truly make health care affordable for those still unable to purchase health insurance under the Affordable Care Act.