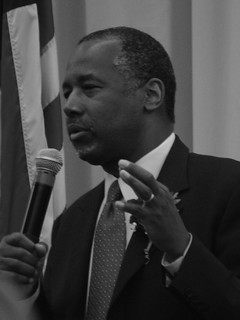 Ben Carson
(Image by marcn)   Details   DMCA
Republican presidential candidate Ben Carson is seeking to take control of his struggling presidential campaign, saying in an interview that his drop in the polls is the fault of his advisers and that he plans to shake up his staff in the coming days. “I’m looking at every aspect of the campaign right now. Everything is on the table, every job is on the table. And we’re going to analyze it very carefully,” Carson said. “It’s not perfect and we’re going to work on it.” “I want to see more efficiency in terms of the way money is utilized,” he added, saying he is frustrated with his campaign being described by critics as a “rat hole” for small-dollar donations.
Read the rest of the story HERE: