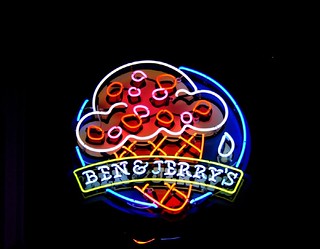 The ice cream giant announced a new flavor, Empower Mint, as part of the nascent effort to register voters in states where new rules meant to curb virtually nonexistent fraud threaten to keep eligible voters away from ballot boxes. “The reason Ben & Jerry’s chose No.Carolina is there’s a lot of activity in terms of voter rights and overcoming voter suppression efforts there and a real history of civil right struggle in No Carolina...it’s about the groups doing work there. The company plans to send Antonio McBroom, a Ben & Jerry’s franchise owner in Greensboro, around the state in a branded ice cream truck to give out free scoops and literature on how to avoid the pitfalls of the new voting law, and why Ben & Jerry’s opposes it. 'A new documentary, “The New Fight for Voting Rights,” offers a historical look at the South’s checkered history on this issue and the new challenges today: