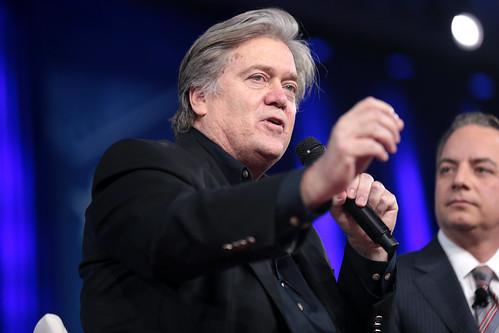 Less than a month after much-admired Lt. Gen. H.R. McMaster took over from Lt. Gen. Michael Flynn as national security adviser, Trump's alter-ego Steve Bannon appears to be more in control of U.S. foreign policy than ever.

There is little sign McMaster will be able to restore traditional U.S. foreign policy commitments to NATO and the European Union, and every indication that Bannon’s shadowy Strategic Initiatives Group, denounced by two national security experts as "dangerous hypocrisy," is driving U.S. policy.