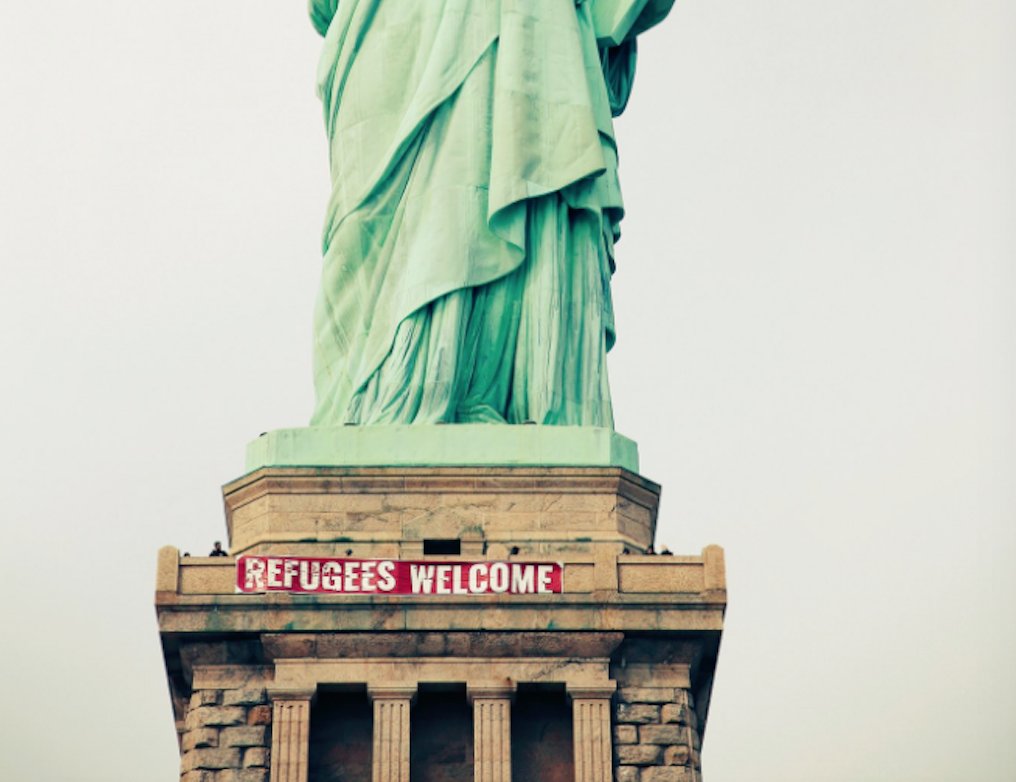 A banner reading "Refugees welcome" was put up illegally on the base of the Statue of Liberty Tuesday afternoon, authorities said. The banner, 3 feet by 20 feet, was unfurled atop the pedestal around 12:50 p.m., according to National Park Service police. It was affixed to the outside of the public observation deck at the base of the statue by nylon rope. When alerted to the presence of the banner, park rangers immediately made their way to the location to assess how to get it down.  But by then, the statement had been made, and the photos had been tweeted!