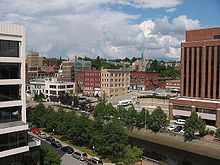 Sanders, 78, won the Pine Tree State's 2016 caucuses over eventual nominee Hillary Clinton, taking 64% of the popular vote versus Clinton's 35%. The endorsement comes even though Sanders, the front-runner in the 2020 Democratic race, hails from a neighboring state. The newspaper argues that Sanders is an "avowed socialist" who risks Democrats' chances in Congress if he is the nominee.

“He has rarely worked with the party to make it stronger nor has he built broad Democratic support for his liberal ideas on health care and economic inequality. Further, there is a danger for Democrats that having an avowed socialist at the top of the ticket could hurt the party’s candidates for the U.S. House and Senate."