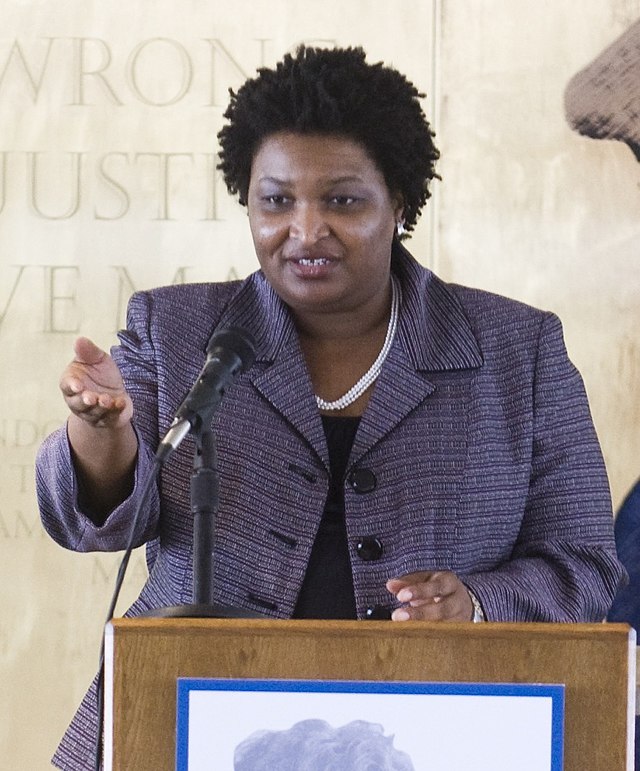 (Update: shortly after this was posted, Abrams' victory was announced.) Georgia Democrats looked set to choose former House Minority Leader Stacey Abrams as their nominee for governor, picking a progressive star over a more traditional centrist. Abrams as of Tuesday evening was leading former state Rep. Stacey Evans (D) by a wide margin. Abrams, 44, won support from Dems across the country and across the political spectrum for her pledge to expand the electorate by driving turnout among younger voters and minorities. She won endorsements from both Hillary Clinton and Sen. Bernie Sanders (I-Vt.), as well as other potential presidential contenders like Sens. Elizabeth Warren (D-Mass.) and Kamala Harris (D-Calif.).