The official poverty rate is 14.5%, meaning 45.3 million people in the US live in poverty, up by over 8 million since 2008. An additional 97.3 million (33%) of people living in the United States are low-income, defined as incomes below twice the federal poverty line, or $47,700 for a family of four. Taken together, this means that 48% of the US population is poor or low income, 1 in every 2 people.

 A study measuring "economic insecurity" found that 4 out of 5 (79%) of people in the US live in danger of poverty or unemployment at some point in their lifetime (defined as a year or more of periodic joblessness, reliance on government aid such as food stamps or income below 150 percent of the poverty line).

 Only 48% of people could handle a $400 emergency expense without selling something or borrowing money. 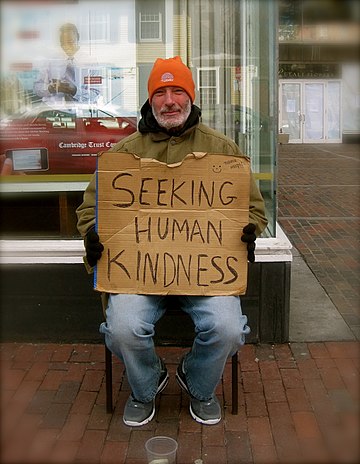