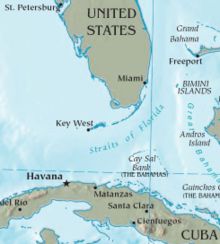 I’ve had it with people speaking for Cuban-Americans and using us as a political football to hurt Sanders, a genuine candidate fighting for democracy, to undermine Sanders after he wiped the floor in Nevada, where he won 70% of the Latino vote, attacks motivated by the threatened rich and powerful believing these cheap political shots will work. Politicians built their careers by stocking anti-Castro sentiment while voting for policies that have hurt, ploys to help re-elect Trump by fear-mongering.

What Bernie said is similar to what past Barack Obama and Jimmy Carter have said about Cuba’s healthcare and educational programs. Praising these programs is nothing new.

Carlos Calzadilla-Palacio, is the President of Young Progressives of America and an immigration activist. He is a senior at CUNY John Jay College of Criminal Justice Studying Political Science.