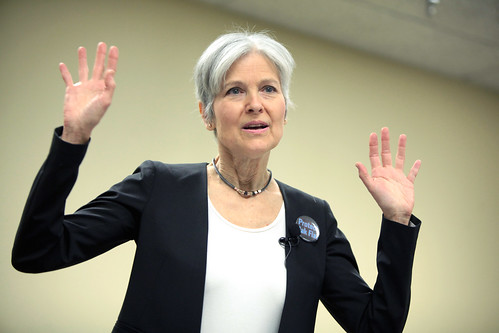 Earlier this week, Green Party presidential nominee Jill Stein and her running mate, Ajamu Baraka, traveled to North Dakota to join the Standing Rock Sioux tribe’s protests against the Dakota Access pipeline (DAPL). At one point during the demonstrations, Stein spray-painted a bulldozer with the words “I approve this message.” Baraka spray-painted “decolonization” on other construction equipment. Each has since been charged with vandalism and trespassing. Stein has repeatedly called on President Obama and Hillary Clinton to address the DAPL protests, making the issue a focus of her own campaign this week. Meanwhile, a federal judge ruled Friday that the controversial construction would be allowed to continue—but the U.S. government decided not to proceed, despite the ruling.