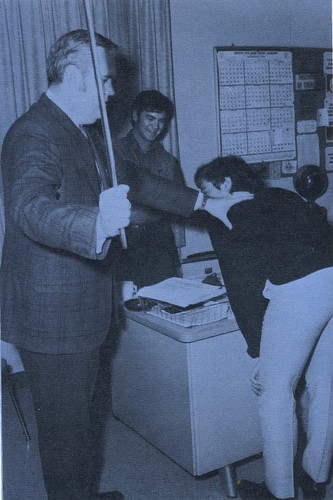 Three students at an Arkansas high school were reportedly punished with paddles this week after leaving school to participate in the national walkout to protest gun violence. According to multiple reports, the Greenbrier, Ark., high school students were given the choice between in-school suspension or corporal punishment, meaning paddling. One of the students, Wylie Greer, said, “I believe that corporal punishment has no place in schools, even if it wasn’t painful to me. The idea that violence should be used against someone who was protesting violence as a means to discipline them is appalling, I hope that this is changed, in Greenbrier, and across the country.” Corporal punishment in schools is still permitted in 22 states, including Arkansas.