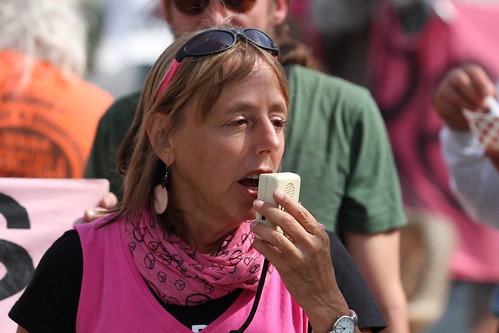 Four protesters arrested inside the Venezuelan embassy in Washington, DC have been released pending hearing – but could face up to a year in jail for trying to prevent a takeover of the building by the US-backed opposition.

The protesters are “looking forward to the trial,” Kevin Zeese told journalist Anya Parampil after his release, adding that they planned to “make the case that there is a legitimate government, that the Vienna convention was violated, that this was an inappropriate and unlawful arrest.”

Margaret Ann Flowers, Adrienne Pine, and David Vernon Paul were also released. They are due back in court on June 12.