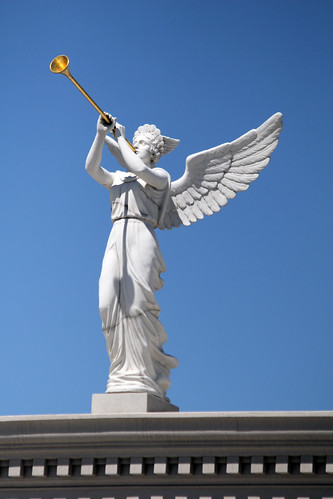 Trumpeting angel
(Image by quinn.anya)   Details   DMCA
As thousands gathered in Orlando, Florida, on Saturday to mourn the death of Christopher Andrew Leinonen, who was killed last weekend during the worst mass shooting in modern history, a handful of protesters from Westboro Baptist Church were among them. But their incendiary, anti-gay signs were met by counter-protesters who've made a tradition of blocking them out with a powerful symbol: angel wings.The tactic dates to 1999, when Westboro picketed the trials of the men charged with the horrific murder of Matthew Shepard.
Read the rest of the story HERE: