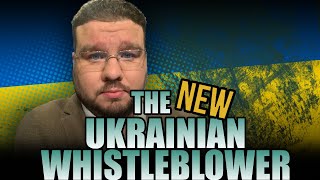 As the Kyiv Post reports, this 29 year old former Ukrainian diplomat popped up in 2017 claiming that the UKR Embassy in DC colluded with Democrats to undermine Trump’s campaign, a statement repeatedly reiterated by Republicans during the impeachment proceedings, not stopping Giuliani from making Telizhenko's claims a centerpiece of his documentary backing Trump conspiracy theories; GOP is using those claims to back ludicrous ideas championed by Trump and Giuliani.

The Post describes Telizhenko as “a young man who came out of nowhere and is hardly a reliable source for the claims he is making," a serial liar whose background consists of shedding his “beliefs” to adopt those of whoever happens to be winning at the moment. He's being squired around Ukraine by Trump’s attorney; Giuliani (& maybe Trump too?) are now pushing to make Telizhenko Ukrainian Ambassador to the United States.