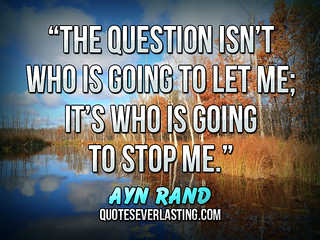 'More than ever, a college degree has become a ticket to the middle class. But there is a divide over how to best help students with the fewest skills and resources. The clash is not just over policy options, but ideas. ' Ayn Rand, who died in 1982, has long been a flash point for conflicting concepts of America and its promise. 'Federal efforts to prevent abuses through increased monitoring and regulation, Carl Barney argues, are burdening schools with onerous requirements that further increase student costs.  He opposes government-backed loans and grants on principle, but  has made his fortune in a business that is almost wholly dependent on them. 'His students borrow heavily to pay for their studies but often drop out burdened with loans. And while he invokes a rigorous Rand-inspired ethical code of fair dealing, he is in an industry with a history pockmarked by fraud and abuse.'

Other Series: View All 466 Articles in "PRIVITIZATION."

Other Series: View All 987 Articles in "Public ignorance & those who use this"

Other Series: View All 224 Articles in "War on teachers and the profession"