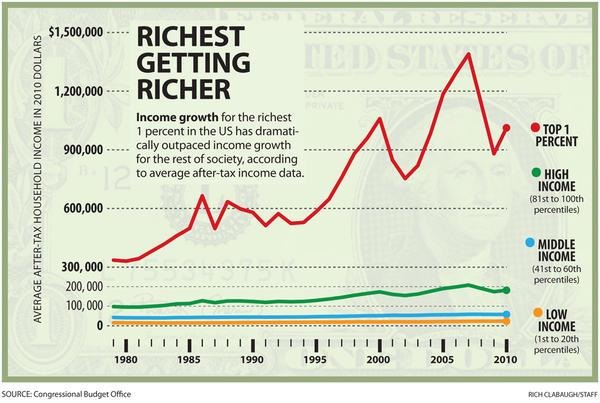 America's 400 richest peoplethe top 0.00025% of the population'have tripled their share of the nation's wealth since the early 1980s
(Image by The Illinois Update)   Details   DMCA

The income and wealth gaps aren’t a fraud or hoax. The numbers don’t lie. In fact, let’s run through some of them.

According to a report earlier this year from the non-partisan Pew Research Center, the richest families in America now take home 48% of aggregate income in the U.S. versus 29% in 1970, (with the top 5% fairing best of all.) Middle-class income fell from 62% to 43% over the same period. As for the wealth gap, it’s “sharper than the income gap'..