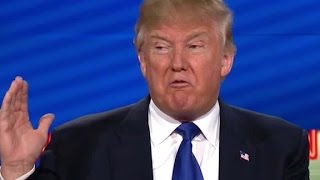 Trump demands $5.6 billion as a down payment for the wall he wants to build along the Mexican border, a wall that he promised Mexicans would pay for.

He says it will stem the flow of drugs, but most of the drug trade comes already through legal ports of entry. He says we have a crisis on the border, but in fact undocumented immigration has been declining for years.

So, even Republican legislators from the Texas border argue that Trump isn’t making sense.