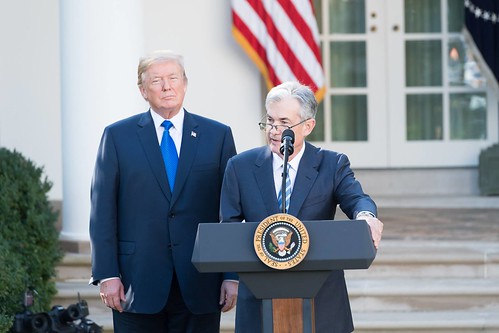 Powell is now facing attacks by President Trump, a self-described “low interest rate person,” in a manner not unlike the assault on the Second Bank of the United States by President Andrew Jackson. Trump’s adolescent indignation is akin to the person whose balloons have been pinched. In July, he was “not thrilled” with that round of rate hikes and said as much.  “Because we go up and every time you go up they want to raise rates again.”