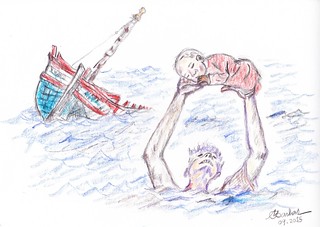 'The growing number of asylum seekers serves as a stark indicator of what the U.N. has been saying for years: there is a refugee crisis in our hemisphere. The problem is not insurmountable as two reports released by CAP today outline. There are steps that the U.S. can take to establish an orderly refugee processing system in the region. Since 2014, over 200,000 unaccompanied children and people in family units have fled the Northern Triangle region of Central America–which includes El Salvador, Honduras, and Guatemala–to the US. These children and families are seeking protection, escaping some of the most dangerous countries in the world – where violence, corruption, murder, and extortion are a norm. The flow dropped temporarily in 2015, but  the numbers of children and families reaching the U.S. border is increasing again , as conditions in this region continue to deteriorate.'