The stoic feelings of progressive Washington were similarly subdued in the city’s more conservative corners. Mr. Barr was able to eat his lunch at Tosca, a white-cloth Italian restaurant offering lunch specials of pan-seared octopus, pea purée, and tiramisù, in peace. And at the nearby Trump International Hotel, there were none of the cabinet secretaries, personal lawyers or other Trump-world luminaries. 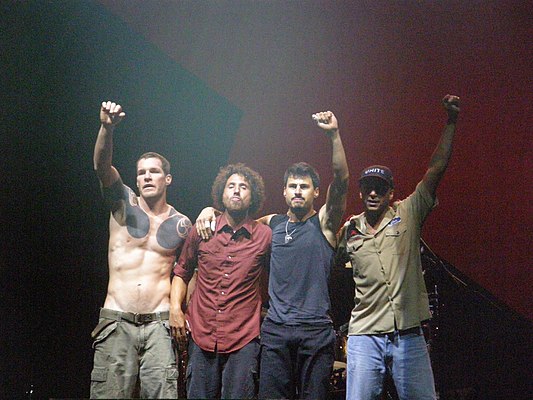 Rage Against The Machine.
(Image by (From Wikimedia) Penner, Author: Penner)   Details   Source   DMCA
Read the rest of the story HERE: