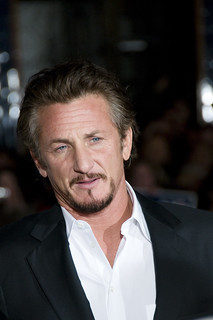 Sean Penn
(Image by rehes)   Details   DMCA
The Joaquín “El Chapo” Guzman story couldn’t seem more unbelievable, with its multiple prison breaks, endless sewers and tunnels, outlandish sums of money and feverish manhunts. And then Sean Penn entered the story. While Guzman was the world’s most-wanted fugitive, dodging Mexican military operations and U.S. Drug Enforcement Administration surveillance, he was secretly meeting with the Hollywood movie star in an undisclosed Mexican hideout, and has now provided what appears to be the first public interview of his drug-running career, published in Rolling Stone on Saturday. Among the revelations in the article, Guzman, who was captured Friday morning in his home state of Sinaloa, bragged to Penn about his prowess in the drug trade.
Read the rest of the story HERE: