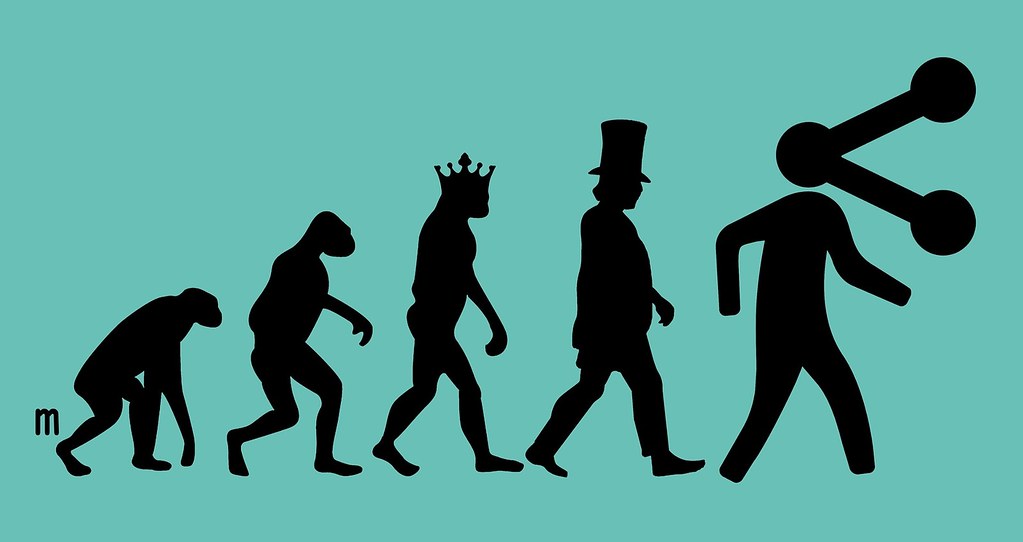 Evolution, Continued: The Rise of Post-Capitalism Man (& Woman)
(Image by JoeInSouthernCA from flickr)   Details   DMCA
When Margaret Thatcher coined “Tina” – her 1980s dictum that “There is no alternative” – I was incensed because, deep down, I felt she had a point: the left had neither a credible nor a desirable alternative to capitalism. Leftists excel at pinpointing what is wrong with really-existing capitalism. We are good at demonstrating that it bears zero resemblance to the laissez-faire markets in which Adam Smith’s baker, butcher and brewer compete fairly to provide our daily bread, meat and ale. We wax lyrical about the possibility of some ‘other’ world in which one contributes according to one’s capacities and obtains according to one’s needs. But, when pushed to describe a fully-fledged alternative to contemporary capitalism, we oscillate between the ugly and the tired.
Read the rest of the story HERE: