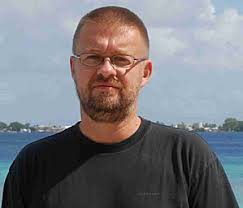 [Here is his OpEdNews author's page]

Turkish authorities are investigating the death of an American author and journalist who died while traveling overnight from the Turkish Black Sea coastal city of Samsun to Istanbul, Turkey’s state-run news agency reported Tuesday.

Andre Vltchek, 57, and his wife were traveling inside a rented and chauffeured car and arrived in front of their Istanbul hotel at around 5:30 a.m. on Tuesday. His wife tried to wake him up to tell him they had arrived but could not do so, the Anadolu Agency reported.