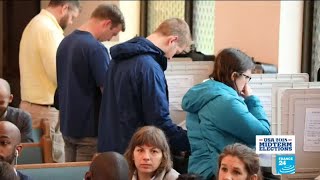 The simple solution proposed by Hill and Grumbach is for states to allow residents to register on the same day that they vote. Their research indicates that doing so would increase turnout among 18- to 24-year-olds by as much as 10 percent.

If this country wanted to maximize voter engagement, there are several reforms that would be under consideration, like vote by mail, making election day a federal holiday, and extended early voting. But it all starts with getting more citizens registered. A simple way to do that is to allow them to register at the polls. That would eliminate the barrier to voting identified most often by young people.