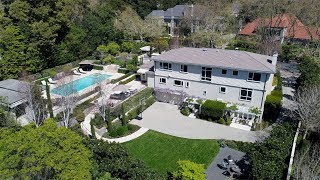 Greg Dunston and Marie Mckinzie lived on Oakland’s streets for 10 years, pushing their carts around with all their belongings and sleeping in the doorway of a County building, but for the past three months, the couple have lived on a nearly $4 million property in one of the Bay Area’s most exclusive neighborhoods in Piedmont. The home owner did something few in his position would do: He opened his doors to homeless people in need.

“I think it’s a really great thing what Terrence McGrath is doing,” a neighbor said. “That shows a lot of compassion, and because he has the means to do it. I think more people should do something like that, actually walk the talk.” There are other neighbors of McGrath’s who have given Dunston and Mckinzie rides. Still, Dunston can’t shake feeling unwanted.