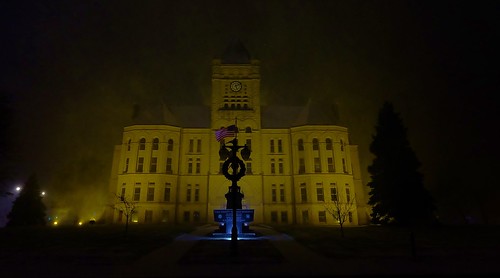 Kathy Gonzalez was one of six innocent people who collectively spent 77 years in prison in the murder of 68-year-old Helen Wilson. DNA evidence exonerated the defendants, and they are about to collect a $28 million civil rights judgment against Gage County, which prosecuted them based on false confessions.

The county, though, has a shrinking population and limited financial resources, so it's 22,000 residents are going to have to pay the bill, with higher taxes. They are not happy about it and say that this happened decades ago and it's not fair.

But the county spent $2 million in legal fees fighting the verdict and they did imprison the six for that collective 77 years.

Should they pay? What do you think?