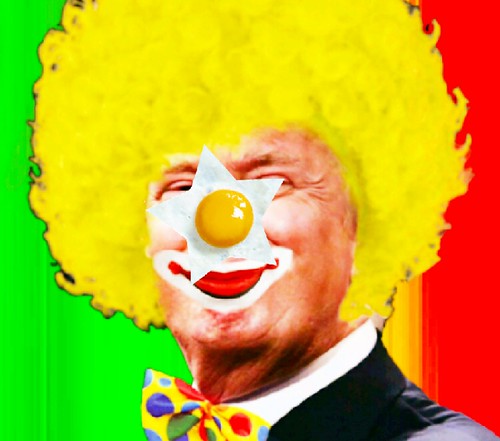 Trump ‘s campaign announced that he would finally address “birtherism” in his own words at a rally Friday morning. What he did was dupe all three cable news networks into broadcasting an infomercial for his new hotel and an uninterrupted lineup of veterans singing his praises. Lured by the promise that Trump would recant his contention that  Barack Obama was not born in the US, all three networks  covered the rally. Trump touting his “under budget” hotel that newly opened in D.C. and its ballroom, wrapped up by a perfunctory, uncharacteristically terse statement from Trump, in which he blamed  Hillary Clinton  for first raising the birther notion (false), credited himself for ending it (false), and affirmed that the president was born in the U.S. (true).  “He got a live event broadcast for, what, 20-something minutes […] We just got played, we just got played, John King said.