While a narcissistic personality might be one of the traits that allowed Trump to be such a successful businessman and reality TV star, it is also the trait that makes him potentially dangerous as a political leader.What happens when another world leader who is a loose cannon doesn't give the Trumpster the respect he thinks he deserves? 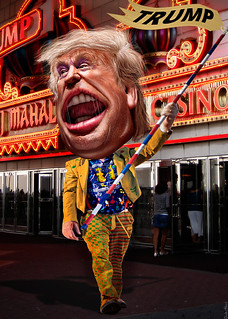 US Days of Rage Minnesota Daily - paper.li on #occupywallstreet