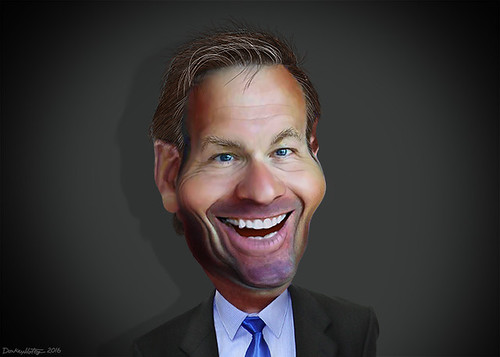 Kris Kobach, Kansas Secretary of State
(Image by DonkeyHotey)   Details   DMCA
Crosscheck was started by Kansas Secretary of State Kris Kobach back in 2007 under the guise of combating so-called voter fraud. In the ultimate thumb in the eye to the American voter, the state where Crosscheck started was the only state to refuse to participate in a New York Times review of voter fraud in the 2016 election, which found that, basically, there wasn’t any fraud at the level of individual voters. Turns out, according to Palast, that a total of 7 million voters—including up to 344,000 in Pennsylvania, 589,000 in North Carolina and up to 449,000 in Michigan (based on available Crosscheck data from 2014)—may have been denied the right to have their votes counted under this little known but enormously potent Crosscheck program.

Yes, that’s way more than enough votes to swing the 2016 election to Hillary Clinton and the Democrats. But no one seems to care.