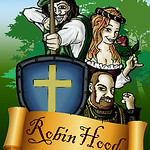 ...the Senate passed a tax bill confirming that the Republican leaders’ primary goal is to enrich the country’s elite at the expense of everybody else...looting of the public purse by corporations and the wealthy...

The bill is expected to add more than $1.4 trillion to the federal deficit over the next decade, a debt that will be paid by the poor and middle class in future tax increases and spending cuts to Medicare, Social Security and other government programs. Its modest tax cuts for the middle class disappear after eight years. And up to 13 million people stand to lose their health insurance because the bill makes a big change to the Affordable Care Act.

Yet Republicans somehow found a way to give a giant and permanent tax cut to corporations like Apple, General Electric and Goldman Sachs, saving those businesses tens of billions of dollars.