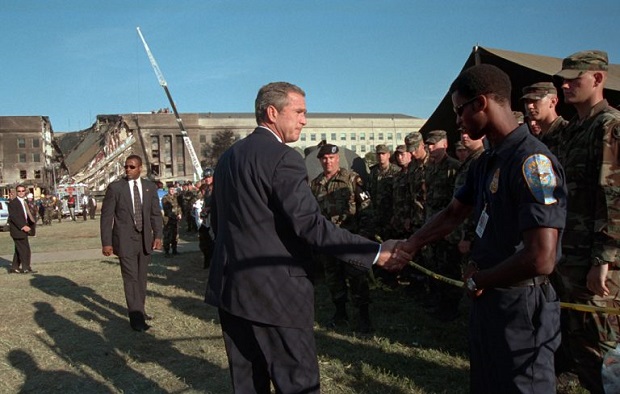 The governmental spoon-fed 9/11 myth crumbles like a house of cards when confronted to facts and scientific analysis.

Let us not forget that the 9/11 myth is the pillar of another fabrication, the so-called “Global War on Terrorism” and constitutes the one and only pretext for the U.S. imperialist war on the world, responsible for the death of millions of innocent civilians.

As long as the lie is perpetuated, women, men and children will be killed, whole families and countries will be destroyed in the name of an elusive anti-terrorism campaign. READ MORE: Selected Articles.