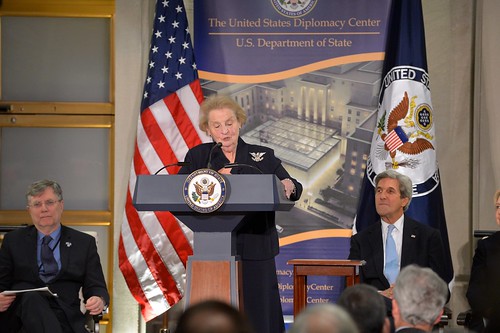 [Comment:  The New York Times ran a 5,000 word photo-journalism story without once mentioning US sanctions of mass destruction, similar to those on Iraq by Secretary of State Albright under President Clinton that killed 500,000 Iraqi children.  Albright said "we think it was worth it".]

As Venezuela Collapses, Children Are Dying of Hunger - The New York Times

Hunger has stalked Venezuela for years. Now, it is killing the nation’s children at an alarming rate, doctors in the country’s public hospitals say.

Venezuela has been shuddering since its economy began to collapse in 2014. Riots and protests over the lack of affordable food, excruciating long lines for basic provisions, soldiers posted outside bakeries and angry crowds ransacking grocery stores...

...In a five-month investigation by The New York Times...

“Children are arriving with very precarious conditions of malnutrition,”