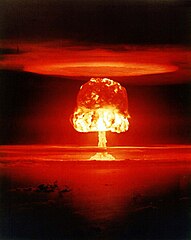 "The Washington Post on October 25 published an important story based on a recently-published U.S. intelligence review from 1990 that confirmed Soviet leaders in 1983 believed the Reagan administration was using a mobilization exercise to prepare a nuclear surprise attack. The KGB instituted a sensitive collection effort, Operation RYAN, to determine if the United States was planning a surprise nuclear attack.   I was a CIA analyst at the time, and the incident was known to me and several colleagues as the 'war scare' in the Kremlin.  There are lessons from the 'war scare' that can be applied to the unnecessary escalation of tension between Washington and Moscow now taking place."