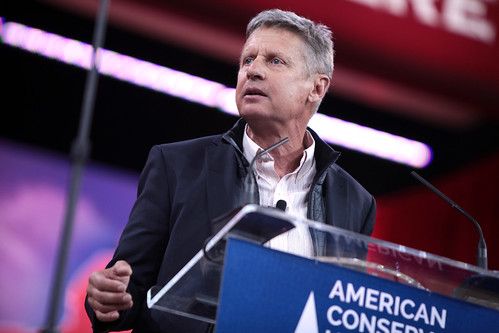 Former New Mexico governor Gary Johnson has emphasized his support for marijuana legalization and touts an anti-war stance in an attempt to lure progressives to his cause. But progressives are likely less aware of his links to the radical right and the Koch brothers, as well as his billionaire-coddling tax policies. AlterNet found that the largest corporate donor to his campaign is a California polluter, and that the pro-Johnson political action committee, Purple PAC, is primarily financed by a member of the radical right involved with efforts to privatize public education.