Silvia Federici  Re-Enchanting the World: Feminism and the Politics of the Commons

Silvia Federici is an American scholar, teacher, and activist from the radical autonomist  feminist Marxist tradition. [1]  She is a professor emerita and Teaching Fellow at Hofstra University , where she was a social science professor. [2]  She worked as a teacher in Nigeria  for many years, is also the co-founder of the Committee for Academic Freedom in Africa , and is a member of the Midnight Notes Collective.

She is author of  Caliban and he Witch, Witches, Witch Hunting and Women, and her latest book is Re-Enchanting the World: Feminism and the Politics of the Commons 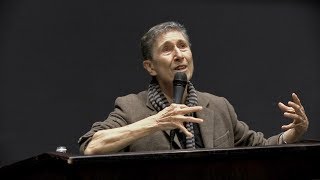 What is the message and goal of your book?

the work of the International Monetary Fund , World Bank , and other proxy institutions as engaging in a renewed cycle of primitive accumulation, by which everything held in commonfrom water, to seeds, to our genetic codebecomes privatized in what amounts to a new round of enclosures .

What is social reproduction and reproductive work?

New rounds of displacement and dispossession

Capitalism wants us to relate to spaces we live in as tresspassers. Commons sees us as being home

Violence and what to do about it

You've spent a lot fo time and and done a lot of work in Africa. Tell us about your work and what you've learned

A new world of cooperation and solidarity developing

Commons against and beyond capitalism

History and prehistory of the commons

Knowledges of the commons

Feminism and the commons

Solidarity, connection, recuperating our relationship with the world of nature, animals,