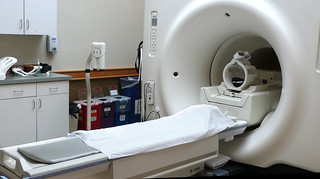 For the past year, I have had inordinate lower back issues and some long term neck issues.

Here in Oman--like in most countries in the World--outside the USA--we have fairly good coverage healthcare-wise. For example, for my back and neck, I finally had a pair of MRI s undertaken yesterday. The average cost of each of the MRIs out of the pocket here are about 150 dollars each.

Now, read here what the average cost of a single MRI is in the USA. (This is why we need a better health care system in the USA; Prices are way out of control in the land of my birth.)

According to 2014 Medicare data, hospitals and clinics in the USA charged are as little as $474 or as high as $13,259 for MRIs, depending on where you go.

On average, a "single scan runs $2,600 on average (before your insurance kicks in). Here's what makes this common diagnostic procedure so expensive: In addition to cost of the scan, your total bill for the MRI will include the radiologist fee, the contrast dyes, and the cost of the procedure itself."

Of course, both MRIs here in Oman are almost fully covered by my private insure here. (I had to make a $7.50 copay or the two of them. Those using the Omani state health system also would have only a copay of between 7 and 15 dollars for the MRIs.)

KEVIN STODA-has been blessed to have either traveled in or worked in nearly 100 countries on five continents over the past two and a half decades.--He sees himself as a peace educator and have been-- a promoter of good economic and social development--making-him an enemy of my homelands humongous DEFENSE SPENDING and its focus on using weapons to try and solve global (more...)

Related Topic(s): Cost Of Living; Dollar; Domestic Policy Failures; Double Standards; Health; Hospital; Insurance; Issues; Medicare; Other; (more...) State, Add Tags  (less...)
Add to My Group(s)
Go To Commenting
The views expressed herein are the sole responsibility of the author and do not necessarily reflect those of this website or its editors.