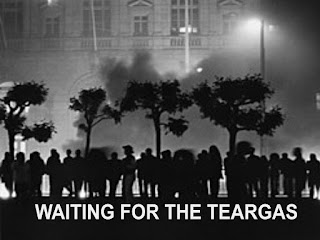 Today, my 73rd birthday and I'm filled with pride that I'm still here.

I've been shot at in my neighborhood.

I've experienced dangerous riots - the White Night Riots - both at City Hall and in the Castro.

Every life has its defining moments, and fortunately for me the good* outweigh the bad, but on this particular day, this particular time in history, I have to reflect on one dark moment, one very dark night, when my world was unbelievably shaken with violence.

"You've never really lived until you've seen fifty riot-helmeted police armed with plexiglass shields come at you and waiting for them to throw teargas," I tell people about that night. But the most vivid memory is hearing on a bar's P.A. system: "Gentlemen, we are locking the doors for your protection."

I had just run from seeing cop cars on fire at City Hall to the Castro to warn people of retaliation. After the announcement, we heard glass crashing and later found out that police had crashed through the all-glass corner bar, poured scalding water on the bartender and clubbed him sending him into a coma for seven months.

People stare at me in disbelief at the story.

And the fact that I'm still here to tell it.

- Meeting the love of my life, my husband Chris

** OK, at 73, I'm not exactly a spring chicken, but being one day and one year younger than our current President, and in light of having problems stemming from double scoliosis, I think I'm in better shape. 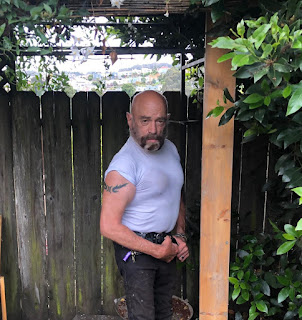 Rev. Dan Vojir is has been writing/blogging on religion and politics for the better part of ten years. A former radio talk show host (Strictly Books " Talk America Radio Network) and book publisher, Dan has connected with some of the most (more...)
Related Topic(s): Police; Police Brutality; Riots; Trumps Birthday; White Night Riots, Add Tags
Add to My Group(s)
Go To Commenting
The views expressed herein are the sole responsibility of the author and do not necessarily reflect those of this website or its editors.