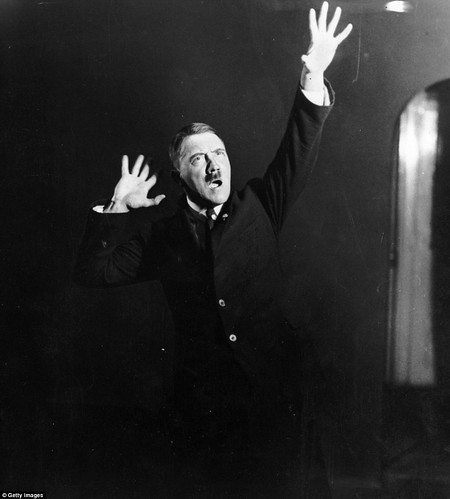 The current horribly consequential and shameful decision made by our President to abandon our allies in Syria is a textbook example of how and why Fascist governments ultimately fall. Fascism thrives on faux-populist celebrations centered around the Leader demagogue. Hitler used beer halls and rallies in Nuremberg. Trump uses rallies all across the nation. The rallies are exactly like rock concerts. The crowd feeds off the music and charisma of the band and the band feeds on the energy of the crowd, reacting and creating as a result. The crowd empowers and influences the music.

Trump's followers, as did Hitler's, come to the rallies to live viscerally in the moment. They don't come informed on the nuances and background of current events or the decisions in front of the Leader. They come typically with a couple of wants and hates. Hitler's crowd hated Jews and Communists and wanted revenge for the aftermath of World war I. Trump's crowd hates non-Americans (Liberals, LGBT folks and people of color are included) and Socialists/Communists. Trump's crowd wants America to proudly stand alone in the world.

The demagogue throws out different cuts of red meat, testing what will work, and the crowd responds: "Lock Her Up", "Build the Wall." The dialogue begins just as it does at a Metallica or Bruce Springsteen concert. The crowd knows the words, empowering the demagogue, who is formulating policy in the moment based on the response from the crowd. All the demagogue cares about is maintaining the support of the crowd. Consequently, the crowd in essence become his advisers, his tacit policy makers.

No government exists in a vacuum. Which is precisely what Trump and his supporters want for America. Trump has turned the world against us because he lives in the superficial, contrived, limited world of the rock concert; Hitler and Mussolini did the same.

An angry Mechanic from Alabama will never make a good foreign or domestic policy adviser (neither did the anti-Semite from Dusseldorf), nor should he, but the Angry Mechanic from Alabama unwittingly advised Trump to cause the murder of innocents in Syria. Let's just hope that we, Americans, don't pay the same price that Germany did after World War II, once this nightmare is over.

Related Topic(s): Allies; Donald Trump; Fascism; Hitler; Kurds; Mussolini; Syria; Syrian Kurds; Trump, Add Tags
Add to My Group(s)
Go To Commenting
The views expressed herein are the sole responsibility of the author and do not necessarily reflect those of this website or its editors.